Two Things about Atheism That Everyone Should Consider 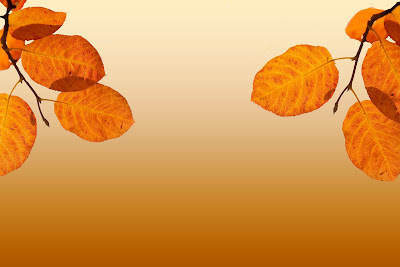 I recently saw a short TV interview of the well known atheist apologist, Richard Dawkins.  He made some of the usual points that he makes when discussing religion, and these seemed to resonate with the woman who was interviewing him.  You could tell by her attitude that she clearly admired him and held him in high regard.

Seeing this made me wonder if the interviewer had thought through the implications of what atheists like Dawkins believe.  I wondered too if she had considered how plausible some of the arguments he makes really are.

In what follows I would like to comment briefly on two things about atheism that I think many people have not realised or properly thought through.  I used to be an atheist myself, many years ago before I became a Christian, and at that time I certainly never thought carefully about the two points I want to raise here.

The claim that religion makes good people do bad things

The first point concerns the claim of Dawkins and others that religion makes good people do bad things.  Atheists often refer to evils that are committed in the name of one religion or another, such as in the Crusades or by organisations like the so-called Islamic State today.  They then go on to claim that if everyone were an atheist, people would treat each other much better than they do.

I have to say that I am surprised that Dawkins and those like him use this argument as much as they do.  To me, at least, it seems so obviously flawed.

Atheists are of course right that the Crusades and Islamic State and many other similar events or organisations throughout history provide numerous examples of people committing evil acts because they hold certain religious beliefs.  It is true that if the people involved in these things had been atheists, they would not have committed the atrocities they did for the reasons they did.

But there are big problems with claiming that if everyone were an atheist, this would make the world a better place.  To begin with, if we think about deaths that were the result of murder or intentional neglect in recent history, many of the worst examples were caused by atheists.

Joseph Stalin has to be one of the biggest mass murderers of all time.  Millions of Soviet citizens died under his rule in the 1930s.  And Stalin was of course an atheist.

The Cultural Revolution in in the 1960s and 70s is another key example, when tens of millions of people lost their lives under an atheistic regime.

And then there is the rule of the atheist Khmer Rouge in in the 1970s, which claimed the lives of 2 million people.

When Dawkins and those like him say that atheism would make the world a better place, they seem to have seriously failed to acknowledge all the mass murder and intentional neglect leading to loss of life that has been perpetrated by atheists.

Something else that atheists like Dawkins rarely, if ever, seem to talk about, whether intentionally or through genuine ignorance, is that in our world the fear of God is a massive motivating factor towards treating people well.  There are probably billions of people alive today, who believe that after they die they will have to appear before God to give an explanation for everything they have done while on earth.  The amount of good that is caused by this belief is surely enormous.

Even for us Christians, who believe that we are saved by faith and not by what we do, the fear of God – not an anxious type of fear, but a fear nevertheless – should still be one of the things that motivates us towards good living.  I know that I am motivated by this.  And there is no doubt that vast numbers of people worldwide are motivated, to a greater or lesser extent, to do what is right by fear of God.

I, for one, hate to think what the world would be like if everyone were an atheist.  It seems to me that the instances of people treating each other badly would be significantly greater than they are at present.

Although it is doubtless true, therefore, that religious beliefs motivate more than a few theists to commit atrocities who would not commit them if they were atheists, it makes sense to think that the number of theists who are motivated not to commit atrocities, and who would commit them if they were atheists, is higher.  As I said, I am surprised that Dawkins and the other atheist apologists use this argument as much as they do.  To me it seems to be clearly false.

The determinism of physicalist atheism

There is a second point about atheism that I think most people have not recognised.  To be precise, this point concerns physicalism, i.e., the belief that the physical universe is all that exists.  However, as far as I am aware, the vast majority of atheists are physicalists, so this point would seem to apply to the beliefs of almost all atheists.

The issue here is the deterministic nature of human choices in the worldview of a physicalist atheist.  What I mean by this is that if the physical universe is all that exists, then no human being could ever have made a choice differently than they did.

Think about this for a moment.  In physicalist atheist understanding, human beings have no soul.  Therefore, in this worldview, when you or I make a choice, it is not because the immaterial part of us does this.  It is simply because chemical reactions in our brains cause us to make each decision to do something.  And we have no control over how these reactions take place.

Of course, previous choices that we have made can have an effect on our character, thus influencing later choices.  In physicalist atheist understanding, this would mean that the chemical reactions in our brains at the time of making a choice would be dependent on previous chemical reactions when earlier choices were made.

But this makes no difference to the point I am making.  The later choices are nevertheless caused only by however the chemicals react in the brain at the time of making the choice.  And, in any case, the earlier choices that influenced the later choices were themselves caused simply by chemical reactions in the brain.

For someone who believes that only the physical universe exists, then, no human being could possibly have made any decision differently than they did.  We are utterly at the mercy of whatever chemical reactions go on inside our brains.  Genuine free will is just an illusion.

If you are anything like me, you will find this idea to be a deeply unpleasant one.  What a depressing thing to believe.

It is true that the unpleasantness of something is not a valid argument against it being true.  Nevertheless, everyone should understand clearly that being a physicalist atheist involves holding this very unpleasant belief.

But there is more.  Let’s think through the implications of this.  If physicalist atheism is true, it is completely illogical to blame anyone for anything.

So, for the physicalist atheist, blaming Adolf Hitler for the Holocaust makes no sense whatsoever.  In fact, Hitler should be pitied.  He was just unfortunate enough to have the chemicals in his brain react in such a way as to cause him to commit genocide.

But don’t you find something deep within yourself saying that this must be wrong, that Hitler did have a genuine choice and that he really is to blame?  I know that I do.  Surely Hitler had real free will.  Surely he could have chosen not to do what he did as regards massacring Jews.

And don’t you have a sense within yourself that you have free will too, something far deeper and more profound than mere chemical reactions?  I certainly do.

As a Christian I do believe that the human race is in a damaged, distorted state, and that in this condition we have lost full freedom of our wills.  We are tainted by sin in such a way that we cannot do what is perfectly good.  Even Christians, who have been renewed by the Spirit of God, cannot choose to act perfectly.

But, to me at least, saying that human beings have no genuine freedom of the will at all, especially when making premeditated choices, seems wrong, and I would be surprised if many people felt differently.  And if these gut feelings of ours are correct, then the physicalist atheism of Dawkins and others must be mistaken.

A plea to atheists

If you are an atheist, please think about these brief points I have made.  Some of the arguments made by atheist apologists really don’t seem to make much sense, and some of the implications of atheistic beliefs are deeply unpleasant.  Everyone should recognise this.

A Very Strong Piece of Evidence for the Resurrection of Jesus

The Resurrection of Jesus and Probability

Why Does The New Testament Never Condemn Slavery?


What Is the Christian Faith Really All About?
Posted by The Orthotometist at 14:21